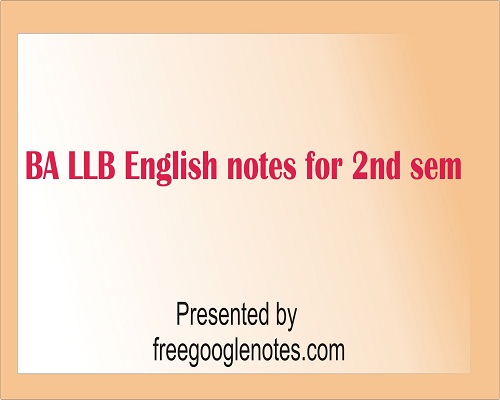 you can also visit:

Explain the meaning of the following Legal Words and terms: (BA LLB)

Citation
(1) The process of calling a person, not a party to an action to appear before the court in that action. It applies particularly to a procedure in matrimonial, probate, and ecclesiastical cases.

Clause: A single paragraph or subdivision of a pleading or legal document, such as a contract, deed, will, constitution, or statute. The numbered divisions of a bill presented to Parliament which, if the bill is passed, becomes sections of the Act.

Coercion: Compulsion; constraint; compelling by force of arms or threat. It means pressure or influence anointing to compulsion.

An act is done while subject to overpowering physical coercion is legally ineffective, but this is not so in the case of an act done
subject to moral coercion.

Code: A systematic collection, compendium, or revision of laws rules, or regulations.

A private or official compilation of all permanent laws in force consolidated and classified according to the subject matter, e-8, Code of Hammurabi, Code of Manu. Code o Civil Procedure, Indian Penal Code, etc.

Cognizable : Capable of being tried or examined before a designated tribunal; within the jurisdiction of court or power is given to a court to adjudicate the controversy.

Confession: A voluntary statement made by a person charged with the commission of a crime or misdemeanor, communicated to another person,

wherein he acknowledges himself to be guilty of the offence charged and discloses the circumstances of the act or the share and participation which he had in it.

Confession is a statement made by the defendant disclosing his guilt of the crime with which he is charged and excluding the possibility of a reasonable inference to the contrary.

Compromise:
(1) It means to agree to settle a matter (the parties agreed to compromise and to drop their claims against each other);

(2) to endanger (the disclosure of the information might compromise the agreement).

A base compromise means an agreement between two or more persons to settle matters in dispute between them.

Consent: A concurrence of wills. Voluntarily yielding the will to the proposition for another acquiescence or compliance therewith.

Agreement; is the act or result of coming into harmony or accord Consent is an act of reason, accompanied by deliberation, the mind weighing as in a balance the good or evil on each side.

Conspiracy: A combination or confederacy between two or more persons formed for the purpose of committing, by their joint efforts some unlawful or criminal act,

or some act which is lawful in itself, but becomes unlawful when done by the concerted action of the conspirators, or for the purpose of using criminal or unlawful means to the commission of an act not is itself unlawful.

Contempt
(1) The act of despising, the condition of being despised: (2) (in-law) action interfering with the administration of justice

Contraband: In general, any property which is unlawful to produce or possess. Goods exported from or imported into a  country against its laws. Articles, the importation or exportation of which is prohibited by law.

Conviction: In a general sense, it is the result of a criminal trial that ends in a judgment or sentence that the accused is guilty of as charged.

It means a finding by a criminal court, on an accused person’s confession and plea of guilty or after trial, that he is guilty of the crime charged. An ordinary conviction takes place in a prosecution on indictment, a summary conviction in a magistrate’s court

() An international meeting to discuss some matters of common interest.

(i) An agreement. particularly one between states, such as Hague Convention and Geneva Convention.

(1i) In constitutional law, one of the practices which are recognized as obligator, though not laid down by statute or case law; e.g. appointment of Chief Justice of the High Court or Governor of the adjacent State as Governor pro tempore in the case of Sudden vacancy falling in the office of a Governor, or appointment of the senior-most Judge of the Supreme Court as the Chief Justice of India.

It means immediate charge and control, and not the final, absolute control of ownership. implying responsibility for the protection and preservation of the thing custody.

Capital punishment: The infliction of death by an authorized public authority as a punishment.

Charge
(1) A general name for a burden attaching to à certain property making it security for the payment of a debt or the performance of an obligation.

(2)The making of an accusation or the taking of proceedings against the prisoner.

(3 Ajudge’s explanation to a jury, at the conclusion of the hearing of evidence of the relevant law, the issues of their consideration; the onus of proof, the effect of finding certain funds to have been proved and other matters which they must consider when reaching their verdict on the evidence.

Damages: Pecuniary compensation payable by one person to another for injury, loss, or damage caused by one to the other by breach of legal duty, normally by breach of contract or commission of a tort.

Decree: It is derived from the original word decreet. In Roman law the term used was decretum i.e., a decision of the emperor as judge It means an order of a court after consideration of a case.

Defamation: An attack upon the reputation of another. It is a general legal term for the wrong of damaging another’s reputation

by falsely communicating about third-party matters bringing the complainer into unjustified disrepute.

Defence: In pleading, a denial by the defendant of the allegations made against him

In civil matters a defence may be a traverse, or denial of the plaintiff’s claim or an allegation of counter-claim or a confession and avoidance, which admits the plaintiff’s allegation but alleges other acts which justify or excuse the defendant, or a statement of defence raising an objection in point of law to the effect that the facts alleged, even if established, do not disclose a good cause of action.

In criminal matters there is no written defence; defence is raised by pleading not guilty.

Deposit: In Roman and Scots law it means the contract whereby goods are transferred to another to be kept by the latter gratuitously and returned on demand or after the lapse of a specified time. The term is also used of a sum paid as security for the performance of a contract and which may be forfeited if the contract is not completed or the lump-sum payment made under hire purchase contracts as distinct from the part of the price paid by later instalments and of sum held to a person’s credit by a bank or building society.

Detention: The act of keeping back or withholding, either accidentally or by designing a person or a thing.

Discretion: The faculty of deciding or determining in accordance with circumstances and what seems just, fair, right, equitable, and reasonable in those circumstances. It indicates rules of law which frequently vest in a judge the power or duty to exercise his discretion in certain circumstances, sometimes if he finds certain requisites satisfied, and sometimes a discretion within stated time limits only.

Distress: A common law right of a landlord. now regulated by statute to seize a tenant’s goods and chattels in a non-judicial proceeding to satisfy an arrear of rent.

Escheat : A reversion of property to the state in consequence of a want of any individual competent to inherit.

Escrow It has two nominal senses;
(1) a decd delivered but not to become operative until a future date or until some condition has been fulfilled;

2) a deposit held in trust or as security.

Estoppel: The principle which precludes a party from alleging or proving in legal proceedings that a fact is otherwise than it has appeared to be from the circumstances. It may be of three kinds the first estoppel of record, the Second estoppel of deed and the third estoppel in pairs.

In the above post, you have read BA LLB English notes for 2nd sem