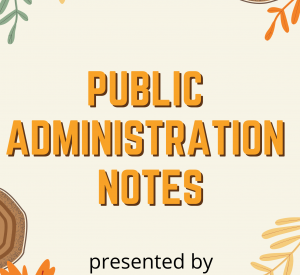 Q. 3. What is the controversy between Generalists and specialists? Discuss it.

Ans. For a long time, a controversy has been raging among scholars and administrators alike regarding the position and role of the general administrators and functional specialists in the public service.
As early as 1958, Prof. James Feslar recorded the revival of this controversy. The Fulton Report of 1968 tried to deal with the issues highlighted by this controversy. India which follows the British pattern of administration also has been facing this problem since independence.
It has attracted the attention of our Prime Ministers, study teams, administrative commissions, and Five Years Plans. The dilemma explained in the subsequent paragraphs, which our administration is facing was referred to by our Prime Minister Shri Rajiv Gandhi as late as May 1986. While addressing a conference of directions of national, laboratories of the Council of Scientific and Industrial Research at New Delhi he remarked ” if the best scientists were put in charge of administration, we lose a scientist, and perhaps we don’t even gain in administration.”
A ‘generalist’ means an amateur administrator who had an education in linguistics or classics and is a highly intelligent man with certain personal qualities of character. He possesses no specialist or technical qualifications in the sense of having earlier gone through a specific unidisciplinary, vocational or professional course being essential for his entry into the service. Jitendra Singh elaborates that “Generalist” in its ordinary meaning of the term, stands for the ‘all-round man’ who has no specific specialty but prides in multifunctionality. He is also a versatile man, who is expected to do all jobs with equal felicity-whether it is the task of fathoming the on-coming political storm, or making sophisticated fiscal decisions or managing industrial enterprises (from steel to petro-chemical to aeronautics to shipbuilding) or being the head of professional training or research institute. Technical innocence is considered his strongest point. A member of the I.A.S. in India or administrative Service in Britain is thus a generalist.
A specialist is an expert who has devoted time and study to a special branch of learning and has acquired specialized expertise in tackling problems of particular subjects or areas. Specialists in government are therefore those who are recruited to posts for which professional, scientific, technical, or other specialist qualifications are essential and would obviously include engineers, scientists, doctors, lawyers, statisticians, economists, etc.
The present system of administration in India, as in Britain, is by and large generalist dominated in which policy-making and top administrative posts are occupied by the generalist administrators
belonging to the I.A.S. (in the States, they belong to the State administrative or civil services). It is they who head the various departments or government enterprises (there are instances in India when they were appointed even vice-chancellors of some universities) and render advice to the political executive. The specialists, on the other hand, work within their specialized area or department and manage the technical posts. They give technical advice to the generalist administrators and thus are on tap, not on the top.
The ancestry of the generalist is always on the top in administration can be traced to the administrative philosophy of 19th century England where generalism was made an absolute principle of administration. The Two authorities that helped in the build-up of the generalist dominated administration in lending their support were: Northcote-Trevelyan Robert on the Organisation of Permanent Civil Service (1854) and the Macaulay Report on the Indian Civil Service (1854).
The same philosophy of administration was extended to India during the early British colonial period. “The characteristics emphasized of the members of India’s administrative class were technical innocence diversified experience, excessive authoritarianism and centralism resulting in an insulated, small exclusive elitist group on whom the colonial power could wholly rely for maintaining law and order and keeping the treasuries replenished. For a ‘no-changer’ administration with minimal developmental work on its agenda and having very little techno-specialist content in its functions, predominant generalist service was deemed adequate.”
The head of the tea department was a general administrator, an I.C.S. officer, whose main job was to carry on the day-to-day administration.
All other personnel such as engineers and scientists whose number at any rate was limited, were subordinate to him. It was he who advised the Minister and took decisions on policy matters.
In Britain itself, the structure of the civil service is strongly based upon this generalist-specialist dichotomy. The essential principle of the system is the distinction between policy and finance as the concern of the generalists and technical and scientific matters as belonging to appropriate specialists. As Peter self observes, “In Britain, the traditional system of the administrative appraisal can be seen as a series of Chinese boxes. In theory, a departmental minister remains omnicompetent in the center of the stage. The minister is advised confidentially on policy issues by administrators, who in turn collect any necessary advice from relevant specialists.”
Reaction and the Case of the Specialists
In the past one hundred years or so, scientific and technological changes, rapid urbanization, and industrialization, the concept of the welfare state, and several other factors have combined to make the modern administration everywhere much more complex, necessitating a substantial increase in the number of technical departments of the government and the number of specialists. These specialists, being fed up with working in an armchair and the despotic system of hierarchy, react by consolidating themselves from within, seeking power from their peer organizations from outside. Not only is the generalist-dominated administration becoming outmoded but also it has created a problem of the relationship between generalists and professionals.
In India, much water has flown down the Ganges since the introduction of the colonial system of administration. The state has become a welfare state and since independence, it has embarked upon
a gigantic task of economic and social development by the application of science and technology. Naturally, the role of the specialists has become much more important and the number of technical departments increased enormously. But the pattern of an administration still continues to be dominated by the generalists.
The Specialists Argue

As said above, there is growing dissatisfaction among them at what they feel are outmoded administrative practice, creation of ponderous hierarchies, and distortion of priorities-which effect not only their personal interest but also hinder national development. The specialists ask why and an I.A.S. officer with little technical experience should be appointed to head a highly technical undertaking, superseding those who might have spent a lifetime in gaining competence in their particular fields. The bureaucrat’s liberal education, background, and training in general administration hold, do not necessarily qualify him to direct the functioning of a technical unit. That new technique or equipment which in the course of normal engineering development have proved their utility are not cleared by the bureaucrat administrators except after time-consuming discussion, laborious paperwork, and unnecessary red-tape: The technocrats attribute this to the fact that I.A.S. by the nature of their training is oriented to a “law and order” approach. They are unable to plan ahead and innovate, allowing things to reach crisis proportions before acting. Irritative delays occur in explaining technical matters to non-technical Secretaries who in turn have to explain them to a lay Minister. The process involves oral and written briefs, lengthy explanations, and elucidations. Often, the specialists who are involved in actual decision-making are not allowed direct access to the Ministers. The technocrats see unnecessary duplication of functions in having a Secretariat department sitting over them, often involving nothings by the office assistant upward. The specialists quote in their favor cabinet resolutions, committee recommendations, and even two Prime Ministers who have come out openly in support of them. They are bitter that all these had remained pious resolutions on paper. They argue that administration-primarily a management function was very much a part of the engineering profession. How anyone can administrator efficiently without knowing well what he had to administer? they ask, Merely qualifying in the I.A.S. examination makes no one uniquely suited to administrative functions. While more than 80 percent of the candidates joining engineering services were first divisions, their number in the I.A.S. did not exceed 33 percent. The percentage of the first divisions appearing in the I.A.S. examination is declining over the years. Disputing the claim of the I.A.S. officers to be better administrators, the specialists refer to the deteriorating law and order situation in the country for which the “so-called efficient administrators of the I.A.S.” were responsible. Although these arguments are in the context of the Indian Administration, nevertheless most of these are valid for the generalist dominated administration in general.