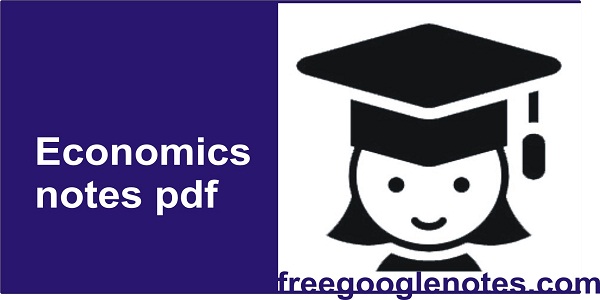 Q.3. Write an essay on ‘Private sector’ and ‘Joint Sector’ in India.
Ans. In the economy of India private sector plays a complementary role to the public sector. The Industrial Policy Resolution, 1956, set the mood and tone for the future. While reserving the key and basic industries for the public sector it made it clear that the’ privaté énterprise and initiative were to be provided with all possibłe opportunities and incentives for growth within thé parameters of planned economic development. More recently, the New Economic Policy and the accompanying economic reforms have opened up unlimited opportunities for growth in the private sector.

(i) To promote new industrial units.
(ii) To mobilize financial resources for meeting the diverse needs of the economy.
(iii) To provide managerial skills.
(iv) To carry out and intensify industrial research and development programs so as to promote appropriate technology and help in the modernization of the economy and rationalization of industries.
(v)To facilitate global integration.
Progress: In order to achieve the objectives stated above, the broad contours of development programs in the private sector were determined by the Planning Commission, different targets, and goals laid down. The industrial licensing system and the various tools at the disposal of State economic policy-fiscal, monetary, commercial, labor, capital issue control, price and distribution controls, a system of subsidies, etc. were employed to achieve the desired pattern of growth in the sector.

The environment in which the private sector operates presently in India has both favorable and unfavorable aspects.

(1) the private enterprise has gained immensely from the government’s plan politics. The plans have provided the necessary infrastructure for the development of the private business as well as a very big market.

(2) The Indian domestic market has been completely sheltered. This is the major reason why the private enterprise has been able to make good profits even when some of their products were sub-standard. This situation is in for change now. The protection that has been extended to domestic industry imposed heavy costs in terms of inefficiency and low productivity.

(3) Various developmental and financial institutions have been set up by the Government to see that industries are not starved of legitimate financial needs. These institutions provide long-term loans, underwrite their share and debenture issues, provide feasibility studies, and other services relating to their projects.

(1) Private sector in India has been operating in an environment of heavy taxation before the recent scaling down of tax rates. Heavy taxation acted as a disincentive to increased production and immobilized funds that might have flowed into industrial undertakings.
In a partial response to this argument, it can be stated that what one should be looking at is the effective tax rate (ETR) and not the nominal tax rate (NTR). ETR may be defined as the ratio of tax provisions to profits before tax. These are the actual tax payments. While the NTR may appear to, be quite high, the ETR has been relatively low and declining.

(2) There is heavy dependence of the corporate sector on financial institutions and other government agencies. A recent study of 400 large companies that account for over 50 percent of private corporate turnover revealed that the public sector has a significant presence in most of these-owning over 50 percent equity in a large number of these companies.

(3) In the new economic policy environment, dice are heavily loaded against private enterprise vis-a-vis, foreign capital, and enterprise. This is especially so on the following counts :
(i) Foreign companies have the advantage of the business-friendly environment in their countries, while Indian private enterprise has. still to cope with many controls and regulations.

(5) Indian business must realize- that oligopolistic enterprises with no exportable surplus may be large in a self-sufficient economy but are puny, unviable, in an economy going global.

(6) Large majority of industrial sectors with high growth potential are faced with legal barriers to growth.
Failures and Suggestions: A number of failings can justifiably be associated with this sector

(i) Increase in technological dependence on other countries,
(ii) Negligible impact of industrialization on unemployment or sectoral distribution of the workforce,
(iii) Stagnation in real wages,
(iv) Relative decline of the small-scale sector,
(v) Concentration of economic power and growth of monopoly,
(vi) Increase in regional imbalances,
(vii) Higher cost of industrial products,
(viii) Growing dependence of organized sector ou public financial institutions, etc.
(ix) Private sector is blamed for polluting the atmosphere, ravaging the fertile cultivable lands, and dirting rivers with industrial pollutants.
As for the present, the private sector has not tared to0 well in the areas that have been opened up, like aviation, electronic media, lubricants, LPG, etc. The major reasons have been :
(a) The public sector is still protected;
(b) Controls are not fully dismantled;
(c) The gain PSUs have fought back;
(d) Market has been misread,
(e) Absence of financial staying power; (f)Overcapacity, etc.
In view of the above, if the private sector is expected to meet its obligations, it is imperative that some further steps are taken by the Government. Among these, the major ones can be counted as follows.

(1) Market for corporate controls (mergers, acquisitions, and take-overs) should be allowed to operate without regulatory interference. Both domestic and foreign individual, institutional and corporate investors d be permitted to participate in the corporate control market.

(2) Financial institutions which are typically controlled by the government, have a large percentage of ownership in many organizations.

(3) It is important that a level playing field is provided to the local industry. For this purpose, along with a reduction in customs duties, Countervailing duty on all imports be levied which should be equivalent to CENVAT plus the floor rate of sales tax.

(4) There should be dramatically less regulation of investment and financing activities that the privatized firms can pursue to maximize the value of their shares. Central and state license regulations should be eliminated.

(5) The private corporate sector is accused of corruption, different other forms of economic crimes, and in general, showing little regard for the law of land.

(6) Need for good corporate governance need to be emphasized. it is all about accountability to shareholders. As financial markets become global, the demands of institutional investors from advanced nations and the requirements of their stock markets will eliminate companies that are poorly governed and whose shareholders are cheated.

(7) A more sensible exit połicy is warranted. National resources are wasted by insisting that, regardless of the level of demand for the products of a corporation, it should remain in operation. Without sacrificing the interests of labor, the exit policy should permit the allocation of corporations’ assets to their most productive use.

The basic idea underlying the concept is a “combination of joint ownership, joint control, and professional management.”It is also described as a ‘public-private partnership’, The concept of ‘joint sector’ refers to a ‘new undertaking’ in which the State holds 26 percent of the equity and controls the management of the company along with the private collaborator.
The main advantages of the joint sector are that : (i) it will help obviate the difficulties likely to be faced in organizing large public sector enterprises from scratch; and
(ii) it would also help the Government by providing the ‘nuclei’ for the healthy growth of certain important industries making the best possible use of available technical and managerial experience in the existing

enterprises, without enabling such growth to add to the private concentration of economic power.

Problems of the Joint Sector

(i) While in principle the concept appears acceptable, guidelines in terms of the roles of the Government and private partners in managing and controlling joint still; enterprises have not been clearly spelled out. From the point of view of private investors, uncertainty about their role in management and control has been a major inhibiting factor.

(ii) The rationale for setting up joint sector projects was mainly for developing backward areas; reducing concentration for economic power and accelerating industrial development. However, in. reality, often the purpose for which the joint sector projects were set up was unrelated to these basic objectives. The joint sector enabled private entrepreneurs to promote large projects with less equity participation; it also enabled them to obtain certain concessions which were denied to projects in the. private sector. The basic purpose and motivation have been lost sight of.