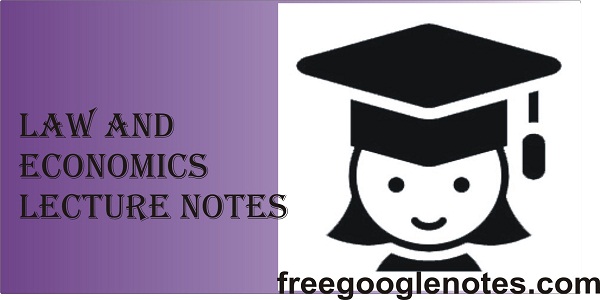 Q. 2. Discuss the effect of the New Industrial Policy, 1991 on the Public Sector. Give suggestions for improving the performance of public enterprises in India.

Ans. The New Industrial Policy, 1994 favours distancing’ publicly enterprises from Governments and, mimicking competitive markets. It suggests that unless it is necessary for protecting the interests of the poorest in the society, the principle of the market economy should be accepted as the main operative principle.
The four major principles which have guided the new policy framework can be briefly stated as follows :

(i) Partial disinvestment of equity of PSUs as a first step in the commercialisation of enterprises and in making them subject to open public scrutiny.

(iii) Public sector monopolies to be subjected to competition from new private enterprises in most sectors. A competitive environment is a necessary, though not a sufficient condition for the use of resources by enterprises.

(iv) Steps to be taken to make institutional relationships between the government and the PSUs contractual and less ad hoc.

The different policy announcements with regard to the above can be briefly recounted as follows :

(i) Exclusive reservation for the public sector has been reduced only to three industry groups. In the manufacturing sector, only defence Production remains in their served list. Even in the reserved industries, Private investments are to be considered selectively on a case to case basis.
(ii) The priority areas for the growth of public enterprises in future will be the following :

(a) essential infrastructure goods and services, (b) exploration and exploitation of oil and mineral resources,
(c) technology development and building of manufacturing capabilities in areas that are crucial in the long-term development of the economy and where private sector investment is inadequate, and
(d) manufacture of products where strategic considerations predominate such as defence equipment.

(iii) Government will review the existing portfolio of public investments with greater realism. This review will be in respect of industries based on low technology, small-scale and non-strategic areas, inefficient and unproductive areas, areas with low or nil social considerations or public purpose, and areas where the private sectors have developed sufficient expertise and resources.

(iv) Steps have been taken towards a market orientation of public enterprises with a view to making these units behave competitively. Corporatisation is an important step, seeking to create institutions that operate as separate entities, adopting a commercial approach. in their activities.

(v) An alternative approach includes contracting out by private enterprises to the private sector of services hitherto provided in-house, like maintenance, transportation, etc. An example could be the. maintenance of railway stations that have been handed over to private parties in certain cities.

(vi) Public enterprises which are chronically sick and which are unlikely to turn around will, for the formulation of revival/rehabilitation schemes, be referred to the Board Reconstruction, or other similar. high-level institutions created for the purpose.

(vii) Budgetary support in the form of non-plan loans to loss-making PSUs is being phased out, i.e., PSU managements are being asked either to ‘shape up or ship out.

(viii) There will be greater thrust on performance improvement through the Memoranda of Undertaking (MOU) system through which managements would be granted greater autonomy and will be held accountable.

Suggestions for improving the performance of public enterprises
The major challenges for the public sector enterprises in future will consist of:

(1) Getting accustomed to the loss of budgetary support and loss of special privileges such as purchase preference and price preferences for Purchase by the government or other public sector undertakings;

(2) Restructuring and reforming the capital base involving disinvestment of

converting huge loan amounts into equity and government shareholding to public shareholders and access to the capital market;

(3) Managing competition from both domestic competitors and foreign competitors;

(4) Taking advantage of the ongoing globalization process in sourcing raw materials from overseas at cheaper prices, in gaining access to cheaper offshore funds and building up an export base,

(5) Cutting down and controlling costs at every level;

(6) Building up an overall culture of productivity and productive efficiency in the whole organisation;

(8) Changing over from the psychosis of distribution of products to vigorous and aggressive selling and marketing involving consumer satisfaction and after-sales services;

(9) Giving due attention to. the conditions on the shop-floor and production system, upgrading technology, wherever necessary, ensuring proper working conditions giving adequate incentives, and ensuring adequate quality control and productivity; and above all

(10) Managing change as a collective effort involving management, trade union and the government.

In view of this, it is important that steps are taken to improve the working and operations of the PEs. There are, at least, six important areas in which initiatives are needed to cope with the new realities.

(i) PEs have to fight against premature parity with private enterprises and seek equal opportunity before being made to face competition for resources and products in the markets along with the private sector. Else PSUs will be forced to compete with their private sector counterparts with their arms tied behind their backs., PEs must have the operational freedom enjoyed by other commercial undertakings in the private sector.

(ii) PEs have to immediately explore methods. of enhancing operational efficiency. These may include stripping of assets that do not generate cash flow, expanding profits, seeking new avenues especially export enhancement, import compression, etc., and renegotiating with the government patent unfair dispensations in the past to the extent they adversely affect cash flows/ efficiency now.

(iii) PEs must set to work on a corporate image that holds them in good standing. In particular, efforts should be directed towards new

constituencies like overseas collaborators, domestic and foreign lenders and financial markets in general.

(iv) PEs should develop corporate strategies that enable them to explore avenues of survival and growth in activities, like a collaboration with other enterprises, both public and private. These could include options of sale of components units, technical collaborations, mergers, takeovers, and diversification of ownership itself.
(v) PEs must participate, as active players, in the divestiture programmes, where necessary, by posting options of share valuation, methods of sale, timing, etc. In particular, the reform package can succeed only through a new dynamism, the dimensions and challenges of which are very much in the domain of and unique to each PE.
(vi) The whole issue of the relationship between the government and the PSUs needs to be reexamined. Even the white elephants can’ learn to dance provided they are not caught in a spider’s web.