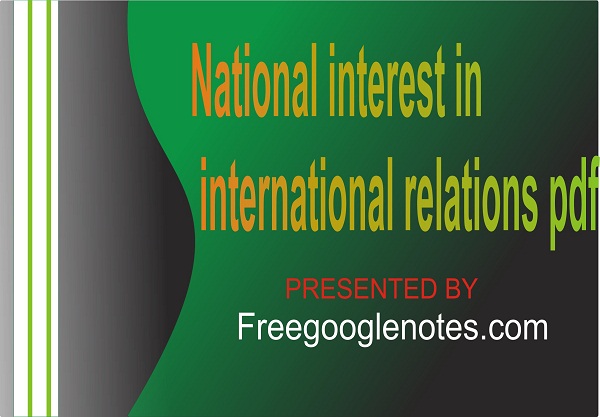 In this post, you will read International Relation has been written according to the syllabus of BA LLB 1st year, 2nd semester.

Thus le formulating the foreign policy the political leaders must keep in the domestic factors like geography natural resources industrial capacity, demography, impacts of various groups and interests in the society, the strategic position of the country etc. The resource available for the pursuit of the national interest are necessarily limited in quantity and kind. All the states cannot promote their objective with equal vigor. Therefore the states should allocate their scarce resources as rationally as possible.