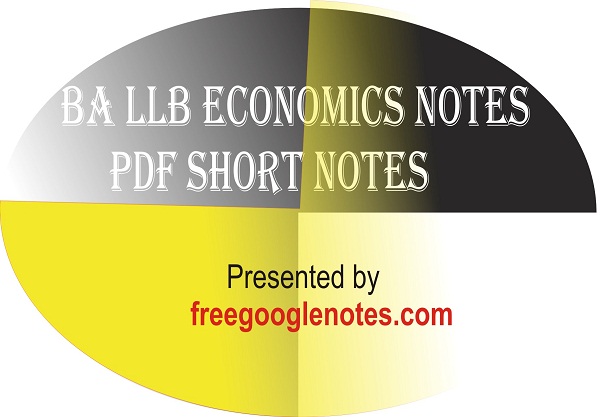 Q. 4. Write short notes on the following :
(a) Saving
(b) Paradox of Thrift
(c) Investment

The total or aggregate volume of saving in an economy consists of (i) Personal saving,
(ii) Gross business saving, and
(iii) Government saving.

(i) Personal Saving. It is equal to the personal disposable income minus the personal consumption expenditure of all the individuals of the community.

(ii) Gross Business Saving. This is the retained income of the business units consisting of depreciation allowances and undistributed profits.

Ans. (b)                     Paradox of Thrift
The classical economists considered saving a virtue. They were of the opinion that a person accumulates wealth through a thrift or restricting the level of consunıption. They advised people to accumulate a fortune by maximizing earnings and minimizing expenditure on consumption. They extended it to the entire system. It was their firm belief that ‘thrift, which was the most desirable object for individuals, was equally desirable for the community as a whole. J.M. Keynes, however, pointed out that an increase in individual saving does not lead to an increase in community-saving. How does it happen? The attempt to reduce consumption by increasing the saving of an individual will result in less income being passed on to the next person since one person’s expenditure is another person’s income: Thus, the increase in a saving of one person will lead to a decline in the income and hence of såving of another person. So the saving of the community remains the same at the previous level. Keynes goes a step further and argues that if all the individuals in the community decide to save by reducing the consumption, the result will be a calamity for the economy, because, more saving means a reduction in the level of consumption expenditure. The decline in the level of consumption expendituré leads to a deficiency in demand for consumer goods .and services. Consequently, the level of income, output, and employmėnt will fall. With a fall in the level of income, the saving of the community will be less. In other words, an attempt to increase savings will lead to a fall in total savings. This is known as the Paradox of Thrift.

The process can be illustrated as follows: Increase in saving > Fall in consumption expenditure > Fall in aggregate demand schedule > Fall in employment > Fall in output > Fall in income > Fall in saving.

Investment is an important determinant of the level of income, output, and employment in an economy. Investment in macroeconomic analysis refers to the value of that part of the. aggregate output for any given time period which takes the form of new structures, new capital equipment, and changes in business inventories. The value of this output is measured by the amount of total expenditure incurred on these items.

Another important classification of investment may be into private investment and public investment. Private investment refers to the expenditure incurred by the private entrepreneurs on the purchase of capital goods like plant and machinery, or construction of houses, factories, offices, shops, etc., or merely for inventory building. A large part of the total investment in a mixed economy, including India, is accounted for by the State. This investment takes place in the public sector of the economy and is managed by such public authorities as the Central Government, State Governments, Local Authorities (like the Delhi Development Authority), and Public Corporations (like Bharat Heavy Electricals Ltd), etc.

The motivations for investment in the public and private sector tend to be different, In the private sector, the firms aim to maximize their profits. Hence, the expected profitability is the main. a motive for investment. Private entrepreneurs will invest only if they expect a

satisfactory return on a particular project. n the public sector, on the other hand, profit maximization may not be the only basis for investment; investment decisions may be influenced by political and social factors. In our country, the government has invested in such projects as roads, dams, schools, colleges, hospitals, etc. which provide services for which no prices are charged. t is not. possible to compare revenue with investment costs of these projects.

It is time that the social welfare considerations exert a significant influence on the investment decisions of the públic sector. All the same, the public authorities have, also to choose between different projects calling for public investment. All the desirable projects cannot be undertaken; therefore, it is necessary to come to a decision on the basis of which projects are found most worthwhile. For this purpose, the use is being made of cost-benefit analysis by the publíc authorities. Cost-benefit techniques attempt to assess the social profitability and the – social cost of proposed investments. Social profitability and social benefits refer to those satisfactions enjoyed by the community which is not fully revealed in the revenues earned by an enterprise. For example, it will not be correct to evaluate the benefit realized by the government officials in terms of rent realized from them for the various houses constructed by the government for its staff. Obviously, the social benefit far exceeds the benefit expressed by revenues. Therefore, the decision to invest in houses cannot be passed on revenue considerations, it will have to take account of the other benefits. Similarly, the money costs may not be the real costs of any project to society. Considerations like, ‘smoke from the oil refinery at Mathura may adversely affect the Taj Mahal at Agra,’ considerably weigh-in’ evaluating the real costs of a project in the public sector.

(i) the prospective income from the capital asset;

(ii) the supply price of the capital asset; and

(iii) the market rate of interest.