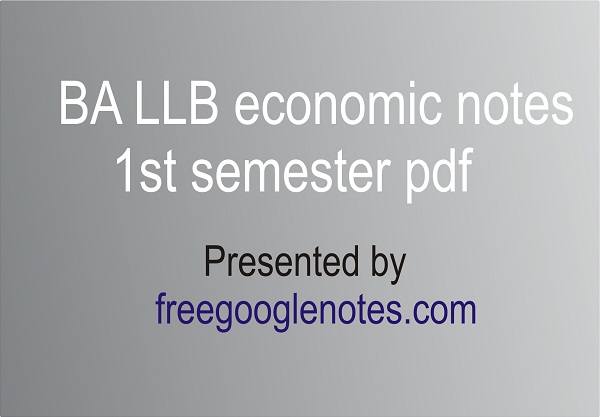 Q. 5. Discuss the problems/obstacles to Economic Growth and Development.

What are the main obstacles which hinder the economic growth of underdeveloped countries? Discuss.

Ans. Major obstacles to the economic development and growth of underdeveloped countries are as follows:

(1) Vicious Circles of Poverty: The foremost obstacle to the economic development of underdeveloped countries is the vicious circles of poverty that tend to perpetuate the low level of development.

Prof. Ragnar Nurkse defines the concept of vicious circles of poverty in these words, “It implies a circular constellation of forces tending to, act and react upon one another in such a way as to keep a poor country in a state of poverty.

For example, a poor man may not have enough to eat, being underfed, his health may be weak; being physically weak, his working capacity is low, which means he is poor, which in turn means that he will not. have enough to eat; and so on.

A situation of this sort relating to a country as a whole can be summed up in the trite proposition: “A country is poor because it is poor.” The basic vicious circle of poverty is like this :

Market imperfections, underdeveloped resources, economic backwardness and capital deficiency operating in a combined manner result in low productivity in a poor country. Low productivity creates low income. A major portion of this low real income is spent on consumption and very little is left as savings. In short, low real income results in low savings. If savings are low, less is available for investment and the situation expresses itself in deficiency of capital.

The deficiency of capital which is a consequence of poverty becomes also the cause of poverty. According to Pro. Ragnar Nurkse, the vicious circles operate both on the demand side and the supply side.

(2) Vicious Circle of Capital Shortage: Another important obstacle to the underdevelopment of underdeveloped countries is the vicious circle of capital shortage. It is the root cause of underdevelopment, poverty, and backwardness. Capital is the lifeblood of all economic activities. No country can run successfully without an adequate supply of internal and external capital.

In an underdeveloped country, the masses are poverty-driven. They are mostly illiterate and unskilled, use outdated and obsolete capital equipment: the marginal productivity is extremely low. Low productivity leads to low real income, low per capita income, low saving, low investment, and, hence, there IS low capital formation and thereby

becomes capital deficient. This capital deficiency (shortage) causes low productivity again and so a vicious circle develops and continues to operate. In this way, an underdeveloped country falls into a vicious Circle of poverty on account of a shortage of capital.

(4) Population Explosion: Rapid growth of population is another important obstacle in the way of economic development of underdeveloped countries. According to Jacob Viner, “Population increase hovers like a menacing dark cloud over all poor countries can offset, and more than offset, the contribution to economic prosperity which all factors can make”.

Rapid population growth also hiders capital formation which is a vital factor for economic growth. n the words of Jacob Vine, Population growth in a. backward country does not induce capital widening investment or innovation.

Instead, it diminishes the rate of capital accumulation, raises costs in extractive industries, increases the amount of disguised unemployment, and in large parts simply diverts capital to maintaining children who die before reaching a productive age. In short, resources go to the formation of population and not capital.

(6) Market Imperfections. : Another important obstacle for the backwardness of underdeveloped countries is their dependence on market imperfections. According to Meier and Baldwin, “Such market imperfections as factor immobility, price rigidity, ignorance of market conditions, rigid social structure, and lack of specialization have acted

as frictions and impediments, preventing the achievement of, an optimum allocation of resources,” with the result that there is, low productivity in underdeveloped countries for, want of full utilization of resources and perfect mobility of workers.

On the other hand, in advanced countries, we find the perfect mobility of labor and resources mobility. The workers move freely from one industry to the other in search of higher: wages. Consequently, they always stand for a high level of productivity. But in a backward country, they are mostly immobile proving that they maintain zero marginal productivity. It results in disguised unemployment in the rural sector on a large scale.

These backward countries are well known as countries that have a large population in the world, but the majority of its portion is found to be uneducated, unskilled, and technically untrained. It causes low labor. productivity, resource immobility, lack of specialization in occupation, and rigidity of society, and further, minimizes all incentives for rapid economic development.

Putting on the clock of spiritualism has only legalized exploitation but has also proved to be a barrier to economic development. The caste system restricts the mobility of labor. Social discrimination by one section of society against the other is the direct outcome of the caste system. Moreover, the social organization arc formed on the basis of the caste system. These social organizations promote the interests of their groups rather than the cause of economic development.

The joint family system, which is an important social institution, is also responsible for the indifferent attitude of the people towards economic development. This system makes saving impossible.

Laws of inheritance cause sub-division and fragmentation of holdings, which in turn adversely affect the productivity of agriculture. A fall in the agricultural yield impedes economic growth. Moreover, these laws are also responsible for heart-burning among the have-nots.

For example, India is facing difficulty in payment of interest, what to say, a refund of loans taken to liberally and blindly by the democratic corrupt governments from time to time in the name of economic development. Despite huge foreign investments and foreign loans, the people of these underdeveloped countries remain poor and backward. According to Prof. Meier and Baldwin, “The draining out of profits abroad has in some cases absorbed a large part of the potential real saving of the poor countries.” This is sometimes called the economic drain of the precious natural resources of underdeveloped countries. People even say that a substantial part of the foreign loans in the form of bribery taken by the corrupt ministers has been deposited in their respective foreign confidential Swiss bank account free of interest.

and take risks. On the contrary, this sort of entrepreneurship and management talenť is largely absent in underdeveloped countries and this is due to the absence of a favorable economic and social-cultural climate.