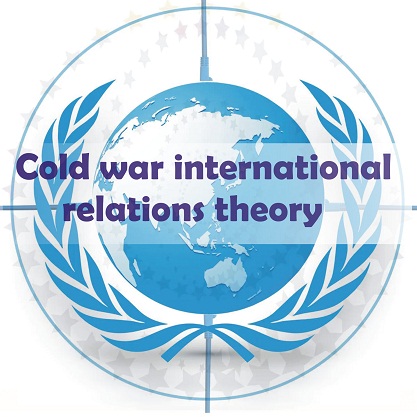 Q1. Write an essay on the end of the Cold War and the new global order.
Ans.      The End of the Second Cold War —

After having kept the world involved in the politics of confrontation and conflict during 1945-90, with the exception of 1970-79, the cold war got a final burial in late 198Us. After 1987, the U.S.A. and the U.S.S.R. got engaged in a maturer of continuous detente.

Through it, the two were successful in harmonizing their relations and ushering in an era of peaceful co-existence and co-operation. Perestroika and Glasnost in the U.S.S.R. and their impact upon the countries of Eastern Europe produced big liberalizing changes in the political systems of Poland. Czechoslovakia. Hungary, Romania, Bulgaria, and East Germany.

These changes brought these states very near to the Western European states. A new era of cooperation among European states had its emergence. West Germany and East Germany got united into Germany. Berlin Wall, the symbol1 and physical manifestation of the cold war in Europe got demolished Superpower involvement in regional conílicts got reduced. The U.S.S.R. pulled out of Afghanistan. the U.S.A. became now more objective in its approach towards Afghanistan.

The U.S.S.R. began adopting a maturer policy towards socialist states. Several local! wars came to an end. No nation tried to fish out of the troubled waters in Sri Lanka. Both the U.S.A. and the. U.S.S.R. adopted a positive and position over the Kashmir issue between India and Pakistan.

The thinking in favor of the cold war, alliance politics, arms race, nuclear deterrence, the balance of terror, and aggressive power-politics, got replaced by a commitment to detente, peace, security, development, peaceful methods of conflict resolution increased Co-operation for protecting the environment, disarmament and arms. control and the principles of the U.N.

The disintegration of the U.S.S.R. and the final end of Cold War-

The big change that came into the international system under the impact of the Socialist Revolution in Soviet Russia in 1917 again underwent a big change in the last months of 1991 when the Soviet Union got collapsed and disintegrated. The U.S.S.R. which continued to be a superpower during 1945-91 failed to maintain itself as a single integrated state due to internal political and economic pressures.

It failed to adapt itself to the changes that began coming under the concepts of Perestroika and Glasnost. After 1988, the Soviet Federation started developing cracks and the central leadership failed to control the situation. Initially the three Baltic State-Estonia, Latvia, and Lithuania-secured their independence from the U.S.S.R. Later on other republics also, along with the other, started declaring their independence.

The central leadership became helpless. In August 1991 there was an attempted coup in Moscow against Mikhail Gorbachev’s leadership. This coup failed, but the U.S.S.R. also failed to preserve its identity as a single state. In November 1991, all the Republics declared their independence. Nine of them joined hands to form a Commonwealth of Independence States (CIS)-a loose organization of sovereign Republics of the erstwhile U.S.S.R. Russia came to be recognized aś the successor state of the U.S.S.R. Finally, on 31st December 1991, the U.S.S.R. faded into history. The collapse of the U..S.R. gave a final burial to the cold war. Russia being a weak economic power and being a state faced with internal political turmoil was incapable of pursuing a Cold War or confrontationist policy vis-a-vis the U.S.A. and the West. Its dependence on the U.S.A. and other developed and rich countries of the West for securing foreign and complied it to follow a low-profile and pro-West orientation in world politics.

Its decision to side with the U.S.A. and the West got collected in several decisions of the U.N. Security Council regarding Angola. Cambodia, Somalia, Israel. Palestine Iraq, Bosnia Herzegovina. Libya and on several others. The new detente to post-1987 years also influenced it to abandon the idea of the Cold War.

The help that the U.S.A. and other developed countries started giving it also encourage Russia to keep the Cold War buried along with the U.S.S.R. and the Berlin Wall.

Thus, the collapse of the U.S.S.R. completed the process of the end of the Cold War in international relations.

1. A new faith in peace, peaceful co-existence, and co-operation for development among the members of the international community.

2. End of Cold War mechanism like the Warsaw Pact. NATO countries, but despite the expansion, it has lost much of its relevance.

3. Universal acceptance of the principles of democratic decentralization, depolarisation, denuclearisation and development.

4. Increased global commitment for the (preservation and protection of the human rights of all the people.

6. the Increased ability of the U.N. Security Council to take timely and effective collective security decisions and actions.

7. Universal efforts towards the protection of the environment.

8. End of conflict in several parts of the world. Germany is now one nation; the ‘two Koreas are trying to be one; China and Taiwan have reached several agreements (April 1993); Cambodia is heading for a place; Afghanistan crisis is getting diluted Arab-īsracl talks are in progress, the democratization of politics and end of apartheid has been taking place in South Africa; the U.N. place keeping operations are successfully taking place in several (15) parts of the world, fuller European integration is on the cards; several countries of the world are trying to forge regional cooperation for development; peace is returning to Angola, Cyprus, Somalia.

9. Good progress towards arms control and disarmament is reflected in INF.START-1, START-II, chemical weapons abolition treaty, the indefinite extension of NPT, and signing of CTBT. Many states like India, however, do not accept CTBT as a real step towards Arms Control because it ignores the core issue of nuclear disarmament.

10. Ethnic Civil War in Bosnia has come to an end and the Bosnian Muslims, Serbs, and the peace-keepers were in a position to celebrate the new year’s day 199% peacefully. The peace process continued to work slowly but steadily. 11. Angolan Pcacc Accord to November 1994 gave further strength to the cause of world peace.

12. The world today has been witnessing a steady action towards a more fruitful march for securing economic development through regional economic co-operation and increased international economic diplomacy.

Impact – Globalisation, Sustainable development Democratisation, Protection of Environment, and assuring the enjoyment of Human Rights and Freedom for all the inhabitants of our planetary mother Earth now stand accepted as universal objectives.

All these features indicated the end of the Cold War and the emergence of the era of peaceful coexistence and co-operation among the people living in various parts of the world in international relations Now the world community is keen to direct its efforts towards the Securing of a bed of a neo-colonialism and under-development in the world. Cold War has ended but complete peace, harmony, development, and peaceful co-existence is yet to be secured in the years to come. NPT has been extended indefinitely but a plan for global nuclear disarmament is yet to be formed and agreed upon. China continues to test its nuclear devices as Pakistan continues to keep up its nuclear plan. India has refused to sign the discriminatory NPT and CTBT and demands an agreement for Global Nuclear Disarmament. The logic “Do not develop nuclear weapons. Destroy the existing stockpile of nuclear weapons and enforce strict arms control measures” constitutes
a good package for peace. It is, however, yet to be accepted by all, particularly by the Nuclear Nations.