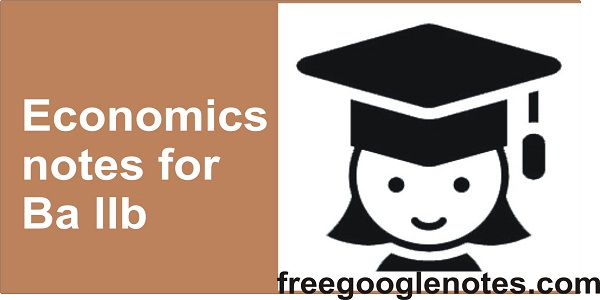 Q. 5. Give arguments in favour of and against Small Scale Industries. Also, examine the shortcomings from which the SSI sector suggests.

IPR 1956 established the rationale of SSIs in terms of the following arguments :

(1) Employment Argument: The most important argument in favor of the SSIs is that they have the potential to create large employment opportunities. These are labour-intensive in character i.e., they use more labor per unit of output implicit assumption in this argument that small enterprises use less capital per unit of output.

(2) Decentralisation Argument: There are two aspects to this argument-first, there is the need to prevent congestion in large cities

through the prevention of growth of industries there; secondly, this negative measure has to be  reinforced by promoting industrial growth in
semi-urban and rural areas so that the local people can stay in their areas without emigrating to the nearby cities.

(4) Latent Resources Argument: This argument justifies the cause of SSIs on three grounds as follows: first, it presumes that there is a large number of small and potential entrepreneurs who are e of running industrial units efficiently if appropriate opportunity help is exténded to them. Secondly, there are a large number of potential enterprises whose full capacities have not been used so far. Thirdly, SSIs will be helpful in inputting idle, savings in productive use.

(5) Lean Production Vs. Mass Production: Another persuasive line of argument developed concerns the debate regarding the relative merits of mass production and lean production. The first industri1al revolution brought about mass production. It was much more efficient Than the then prevailing craftsman type of production. In an effort to find a way to surpass the Americans, the Japanese invented a new system of production: this came to be known as lean production. There are two key organizational features of a lean production facility.
(i) It transfers the maximum number of tasks and responsibilities to those workers actually adding value on the line.
(ii) It has in place a system for detecting defects. It quickly traces every problem, once discovered, to its ultimate cause. Mass production does precisely the opposite. It transfers responsibilities away from the value-adding worker. He is left with a single repetitive task. It increases the efficiency of that worker, but he then needs a battery of supporting specialists to be able to concentrate on their task. When all the support services are taken into account, the overall productivity drops.

A lean producer is an ability to offer greater variety and far better quality at a lower cost, such that the mass producer is simply unable to complete.

(6) Allocation Efficiency: It is argued that small enterprises use the factors of production more efficiently since they face factor prices that are closer to the existing scarcities, 1.e., they pay lower wages and incur higher capital costs. This should then be reflected, on the one hand in lower capital-output ratios, since a higher interest rate corresponds to higher capital productivity, “and .on the other hand, in lower capital-labour ratios, since the wage-rental ratio is lower.

Above all, in view of the going SAP, the social and economic pressures that the transformation of an agrarian economy often generates

would be eased if large numbers of those currently involved in agriculture a role in rural small-scale industries. This interaction has the potential to Smoothen the process of liberalization of the rural economy.

Among the sociological factors, the more important are as follows:
(a) There exists in man a desire to gamble, so that he takes risks irrespective of consequences, and small industry provides an outlet for this desire.

(b) Man often enjoys the independence or status of an entrepreneur for his own sake, and this is possible for more men in small industries than in large industries.

(c) Man starts his own business to provide employment to members of his family who may be unemployable or less gainfully employable elsewhere.

Before concluding the section we would also like to point out a few shortcomings from which the SSI sector suffers.

(2) It may not be possible for a small firm to utilize its capacity as much as a large firm can do for a variety of operational problems related to the demand, power, finance, management, etc. In some cases, this may result in sickness and eventual closure.

(3) Small industry is an easy entry sector and is, therefore, prone to overcrowding, and this tendency is accentuated by the incentive Schemes.

(4) Small sector may not be the most promising route to technological up-gradation and dynamism because in most of the new sectors technology creation has become increasingly capital-intensive. The risk involved is also much greater. Hence, an emphasis on the small-scale industry may result in the loss of a major source of productivity growth, namely technological progress. Increasingly, sub-contracting and sub-contracting are becoming the nature of organizing production.

(5) A significant segment of this sector is engaged in polluting industries. Apart from the fact that small-scale production technology is inherently more polluting compared to large-scale production, small units suffer from certain disadvantages in controlling pollution. In many units, the design of the effluent treatment plant is not. proper. In many locations, adequate land space is not available for the installation of the treatment plant. The non-availability. of trained technical personnel poses a big hindrance. Financial constraints inhibit the modernization of the production process on the one hand and the building and operation of the treatment plant on the other.

(6) An important argument against small-scale industrial units is the difficulty in controlling them, particularly in respect of taxation and