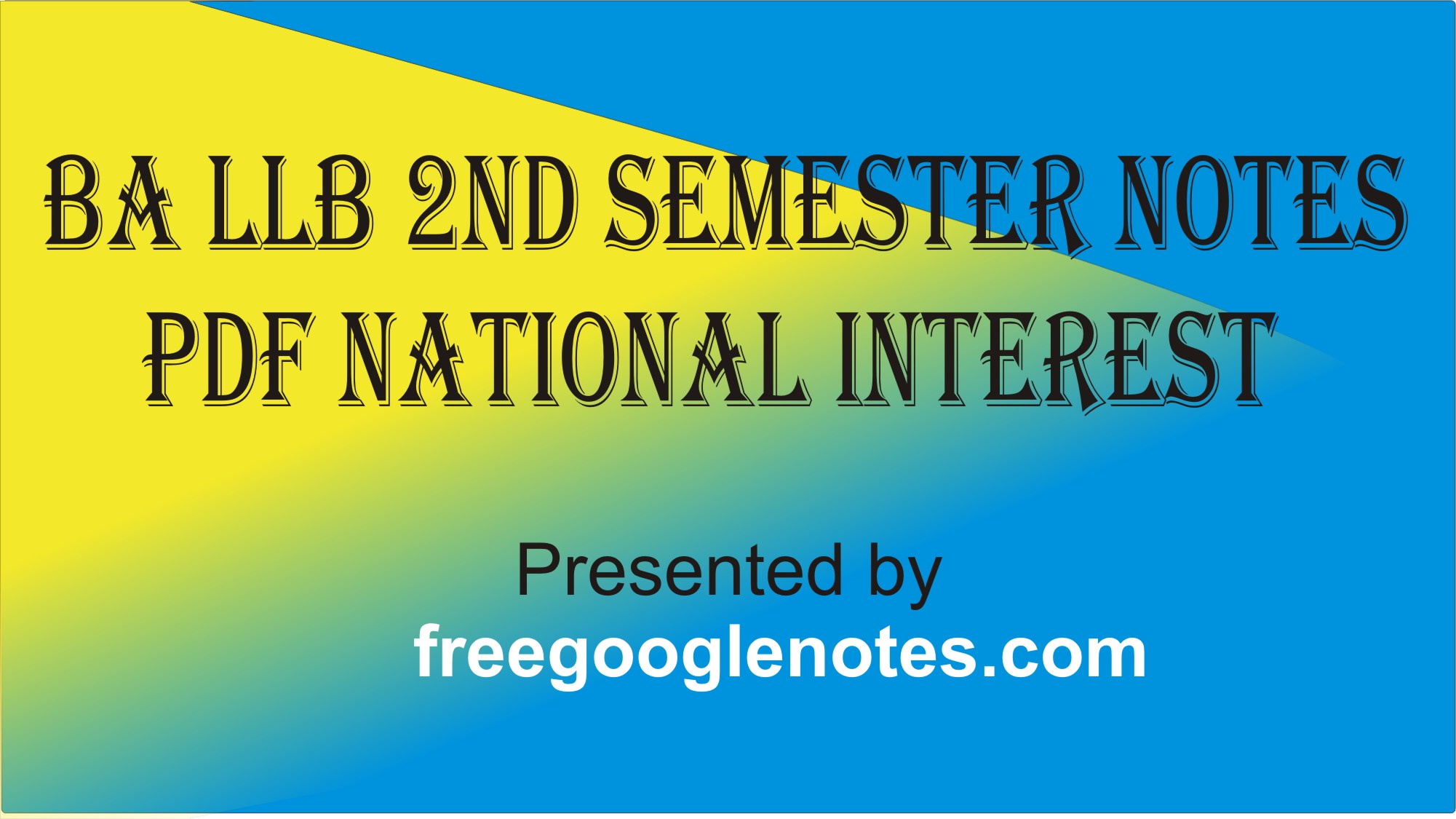 2. Broad and Single Interest Definition. Differences regarding the meaning of the concept of national interest are found between those who view it in a broad sense and those who conceive it in terms of a number of concrete single interests. Generally, the decisions at the operational level are conceived in a narrow context and only a few dimensions are taken into account. At this level, the process of reasoning is inductive while at other levels it becomes more deductive. Again, the people with theoretical inclination take a greater interest in the aggregate, while those with scientific bias lay more emphasis on the single dimension of the concept.

3. Brooking’s Institute. National interest is “the general and continuing ends for which a nation acts.”

Development of the Concept
In ancient and medieval times the states pursued certain substantial interests on the basis of which their relations were conducted. In the early middle ages, the laws of Christianity formed the basis of these relations, and the státes were expected to ensure that their laws conformed to those principles. However, with the emergence of the secular power, the Church was looked upon as the enemy of national interest.

The national interest meant the interest of a particular monarch in holding fast to his territories due to extending his domains and*in the aggrandizement of his empire. In course of time, the popular bodies challenged the authority of the monarchies and asserted themselves. This resulted in the growth of democracy. Now the honor of the prince was replaced by the honor of the nation. Thus the concept of

national interest passed from the feudal and monarchical system to the republic and democratic system. It soon gained common usage in the political and diplomatic literature. Thus the term ‘national interest gained currency only, after the emergence of the national state system, an increase in popular political control, and the great expansion of economic relations.

1. Primary interest. These include the preservation of the physical, political, and cultural identity of the state against possible encroachments from outside powers. These interests are permanent and the state must define them at all costs. No compromise of these interests is possible.

2. Secondary interest. These are less important than the primary interests through quite vital to the existence of the state. This includes the protection of the citizens abroad and ensuring of diplomatic immunities for the diplomatic staff.

3. Permanent interest. These refer to the relatively constant and long-term interests of the state. The change in the permanent interests is rather slow. An example of this type of national interest is provided by the determination of Britain to maintain freedom of navigation during
the past, few centuries for the protection of her overseas colonies and growing trade.

4. Variable interest. These refer to those interests of a nation, which are considered vital for national good in a given set of circumstances. Thus the variable interests can diverge from both primary and permanent interests. These are largely determined by “the cross currents of personalities, public opinion, sectional interests, partisan politics, and political and moral folkways.”

5. General interest. These refer to those positive conditions which apply to a large number of nations or in several specified fields such as economics, trade, diplomatic intercourse, etc. For example, it was the general national interest of Britain to maintain a balance of power on the European continent.

6. Specific interest. Through the logical outgrowth of the general interest-specific interests are defined in terms of time or space. For example, Britain considered it a specific national interest to’ maintain the independence of the low countries for the sake of preservation of a balance of power in Europe.

8. Complementary interest. These refer to those interests, which though not identical, can form the basis of agreement on some specific issues. For example, Britain was interested in the independence of Portugal

against Spain because it wanted to control the region of the Atlantic Ocean. Similarly, Portugal was interested in the British maritime hegemony because this was a safe means of defense against Spain.