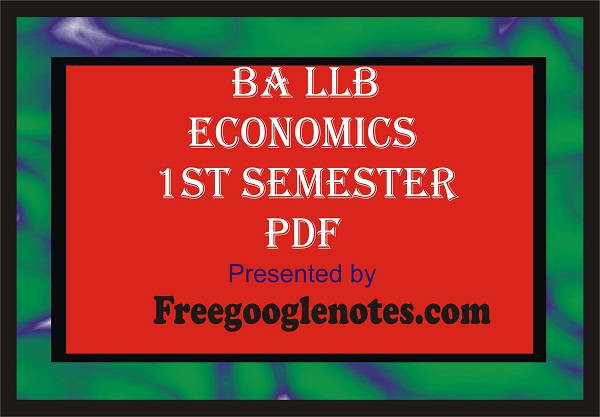 Q.Explain the meaning and main features of Socialism or planned economy. Explain the merits and demerits of Socialism.
Ans. A socialist economy is an economic organization in which the means of production are owned and regulated by the state The production and distribution of goods and factors of production are done by the state under the direction of the planning commission. The decisions as to how much to produce, which methods of production to employ, and for whom to produce are taken by the planning authority. That is why a socialist economy is also called a planned economy.

The main features of this system are as follows

(1) Public Ownership. A socialist economy is characterized by public ownership of the means of production and distribution. There is collective ownership whereby all mines, farms, factories, financial institutions, distributing agencies (internal and external trade, shops, stores, etc.) means of transport and communications, etc. are owned, controlled, and regulated by government departments and state corporations.
(2) Central Planning.  A socialist economy is centrally planned which functions under the direction of a central planning authority. It lays down the various objectives and targets to be achieved during the plan period. Central economic planning means “the making of major economic decisions-what and how much is to be produced, how, when and where it is to be produced, and to whom it is to be allocated- by the conscious decision of a determinate authority, on the basis of a comprehensive survey of the economic system as a whole.”

(3) Definite Objectives. A socialist economy operates within definite socio-economic objectives. These objectives “may concern aggregate demand, full employment, the satisfaction of communal demand, allocation of factors of production, distribution of the national income, the amount of capital accumulation, economic development…and so forth.” for achieving the various objectives laid down in the plan, priorities and bold Largets are fixed covering all aspects of the economy.

(4) Freedom of consumption. Under socialism, consumer sovereignty implies that production in state-owned industries is generally governed by the preferences of consumers, and the available commodities are distributed to the consumers at fixed prices through state-run department stores. Consumers’ sovereignty under socialism is confined to the choice of socially useful commodities.

(5) Equality of Income Distribution. ln a socialist economy, there is great equality of income distribution as compared with a free market economy. The elimination of private ownership .in the means of production, private capital accumulation, and profit motive under socialism prevent the amassing of large wealth in the hands of a few rich persons. The unearned incomes in the form of rent, interest, and profit go to the state which utilizes them in providing free education, public health facilities, and social security to the masses.
(6) Planning and the Pricing Process. The pricing process under sOcialism does not operate freely but works under. the control and regulation of the central planning authority. There are administered prices that are fixed by the central planning authority. There are also market prices at which consumer goods are sold. There are also the accounting prices on the basis of which the managers decide about the production of consumer goods and investment goods, and also about the choice of production methods.

(1) Greater Economic Efficiency. Economic efficiency under socialism is greater than under capitalism. The means of production are controlled and regulated by the central planning authority towards chosen ends. The central planning authority makes an exhaustive survey of resources and utilizes them in the most efficient manner. Increased productivity is secured by avoiding the wastes of competition and by undertaking an expensive coordinated manner.

( 2) Greater Welfare due to Less Inequality of Income. In a socialist economy, there is less inequality of income as compared with a capitalist economy because of the absence of private ownership of the means of production., private capital accumulation, and private profit. All citizens work for the welfare of the state and each is paid his remuneration according to his ability, education, and training. All rents, interests, and profits from various sources go to the state which spends them for public welfare in providing free. education, cheap and congenial housing, free public health amenities, and social security to the people.

(3) Absence of Monopolistic Practices. Another advantage of socialism is that it is free from monopolistic practices to be found in a capitalist society. Since under socialism all means of production are owned by. the state, both competition, and monopoly are eliminated. The exploitation by the monopolistic is absent. Instead of private monopoly, there is the state monopoly of the productive system but. this is operated for the welfare of the people, In the state-owned factories, socially useful commodities are produced which are of high quality and are also reasonably priced.

(4) Absence of Business Fluctuations. A socialist economy is free from business fluctuations. There is economic stability because the production and consumption of goods and services are regulated by the central planning authority in accordance with the objectives, targets, and priorities of the plan. Thus there is neither overproduction nor unemployment.

Demerits of Socialism
(1) Loss of Consumers’ Sovereignty. There is a loss of consumers’ sovereignty in a socialist economy. Consumers do not have the freedom to buy whatever commodities they want, They can consume only those commodities which are available in department stores. Often the quantities which they can buy are fixed by the state.
(2) No Freedom of Occupation. There is also no freedom of occupation in such a society. Every person is provided a job by the state. But he cannot leave or change it. Even the piece of work is allotted by the state. All occupational movements are sanctioned by the state.
(3) Misallocation of Resources. Under socialism, there is an arbitrary allocation of resources. The central planning authority often commits mistakes in resource allocation because the entire work is done on a trial and error basis.
(4) Bureaucratic. A socialist economy is said to be a bureaucratic economy. It is operated like a machine. So it does not provide the necessary initiative to the people to work hard. People work due to the fear of higher authorities and not for any personal gain or self-interest.