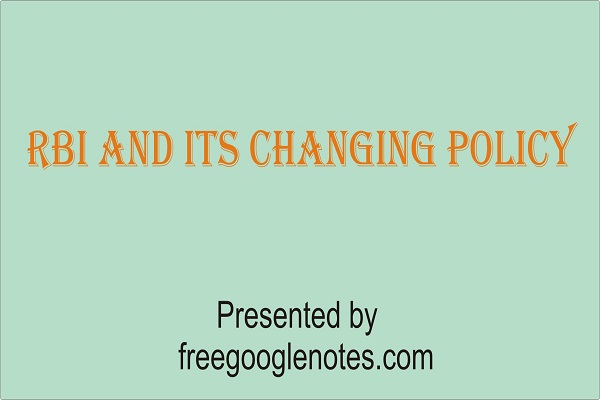 Q.8. Elaborate on the following :

(ii) Measures to strengthen risk management through recognition of different components of risk, assignment of risk-weights to various asset classes, norms on connected lending, risk concentration, application of marked-to-market principle for. investment portfolio and limits on the deployment of funds in sensitive activities.

(2) Competition Enhancing Measures :
(i) Granting of operation autonomy to public sector banks, reduction of public ownership in public sector banks by allowing them to raise capital from equity market up to 49% of paid-up capital.
(ii) Transparent norms, for entry, of Indian private sector, foreign and joint-venture banks and insurance companies, permission for foreign investment in the financial sector in the form of Foreign Direct Investment (FDI) as well as portfolio investment, permission to banks to diversify product portfolio and business. activities.
(3) Measures Enhancing Role of, Market Forces :

(i) Sharp reduction in determining to price for government securities, disbanding of administered interest rates with a few. èxception and enhanced transparency and disclosure, norms to facilitate market discipline.

(ii) Setting up of Credit Information Bureau for information sharing on defaulters as also other borrowers.

(iii) Setting up of Clearing Corporation of India Limited (CCIL) to act as the central counterparty for facilitating payments and settlement system relating to fixed income securities and money market instruments.

(5) Supervisory Measures :
(i) Establishment of the Board for Financial Supervision as the apex supervisory authority for commercial banks, financial institutions, and non-banking financial companies.

(iii) Recasting of the role of statutory auditors, increased internal control through the strengthening of internal audit.

Ans. (b) (1) Higher Proportion of Non-banking Credit: The proportion of total credit provided by non-banking institutions agencies is much higher and the linkages between banks and institutions or agencies are not well-developed. The impulses generated by the RBI have thus a limited impact in relation to the totality transactións that need to be effected.

(2) Limitations of Monetary Instruments :
In relation to commercial banks, the task of the RBI is rendered difficult by the limitations inherent in the various monetary instruments. There are inhibitions regarding frequent and sharp changes, as these are Supposed to conflict with development or equity objectives.

(3) Limitations of Monetary Aggregates: In more recent years, liquidity in the economy has assumed new dimensions-dimensions which lie outside the present money supply data. For instance, mutual funds, including the UTI, finance companies, and the float of resources raised through the capital market- all these have become an abode for a sizable chunk of liquidity. RBI’s writ does not run in thèse segments of the financial system, which non-the-less influence total effective demand.

(4) High Currency-Deposit Ratio: In India, a large part of the money stock is still held in the form of currency. The public prefers currency/cash because of the transactions motive and lack of banking habit among the savers. RBI’s.control is exercised on deposits/ banks and hence as long as the share of deposits in the money supply is less, the effectiveness of monetary regulation is not fully realized.

(5) Preferential Rediscount Facilities: The freedom to curtail RBI accommodation to banks is also constrained by the fact that the device of offering preferential or easy or somewhat cheaper rediscount facilities has been used as a device for encouraging banks to lend to certain sectors such as food, finance for exports or credit to agriculture and small industry. With so many windows open for refinancing as an adjunct to an effort to change the long-term pattern of bank finance, it becomes difficult for the RBI to close these special windows just when the banks may find it necessary or tempting to use these special facilities.

(6) Selective Application of Credit Constraints: In a developing economy credit constraints have to be applied selectively. Apart from the general consideration of not affecting the productive activity and accepting the need for some adjustment to at least some kinds of price Changes, there is the special consideration in India that hitherto neglected Sectors such as small farmers and artisans in rural areas should be shielded as far as possible from credit curbs. This makes the task of the monetary policy more difficult.

(7) Defects in Statistical and Monitoring Systems: The type of the policy-characterized by selective application of credit constraints – we have pursued hitherto required the presence of a sound statistical and monitoring system. Any defect in this system makes it difficult to bring about speedy and appropriate changes in credit trends.

(8) Rigidity in the Policy: Credit policy, as formulated in recent cars, has been quite rigid in approach. It follows a mechanical formula the policy for a particular year is based on the developments of the previous year in regard to money supply and price trend, and not by a resh assessment of the credit needs of the economy based on the growth in real output envisaged in the year for which the policy measures are applicable. As a result, commercial banks have often failed to stand up to the rigid demand of the monetary authority.

(9) Growing Disintermediation: Sizable disintermediation is taking place in the financial system with large amounts of funds being mobilized and disbursed by investment institutions including private mutual funds and non-banking financiąl companies. In this situation, monetary policy impulses sent out through indirect instruments such as interest rates and open market operations generally get blurred.

(10) Interest Rates: Recent experience with the liberalized economy has brought home two elementary lessons in monetary theory. One, Overwhelming reliance on monetary policy as a stabilizing force involves large and rapid changes in interest rates and in consequence a high degree of volatility in bond prices leading to an environment of uncertainty for productive investment. Two, high interest rates favor the unproductive sectors relatively more and work to the advantage of social parasites, thus hurting both equity and growth.

(11) Growing Fiscal Needs of the Economy: For regulating the money supply, the monetary authority must have a reasonable degree of control over the creation of reserve money. The degree. of independence in regulating reserve money depends upon institutional arrangements governing the functioning of the monetary authority. In India, Government finances have come under increasing pressure’ in recent years. The increasing monetization of the budget deficit raises important questions on the roles of fiscal and monetary policy.

Ans. (c) There are two basic tenets of the concept of autonomy for the central bank :

(1) The monetary policy is conceived to be an arm of the overall economic policy. The stability and functionality of the banking system insofar as it improves its effectiveness in serving the needs of the economy is unarguably an important economic policy objective entrusted to the central bank. And stability is pursued through appropriate management of liquidity.

In the context of the sweeping changes now taking place in the financial landscape as also global trends, there is a compelling need for giving undisputed authority to the RBI as an independent professional institution to watch over the financial integrity of the system and ensure its orderly development. In the system, as it obtained hitherto, automatic monetization of the Central Government’s budgetary deficit created excessive primary liquidity and compelled the Reserve Bank to prescribe high CRR. These damaged banks’ profitability and, beyond a point, their effectiveness as an instrumentality of monetary control was weakened considerably.

A central bank to be really effective should have control over primary money creation. That is why for several years, the Reserve Bank has been urging that the practice of automatic monetization of the budgetary deficit should be phased out, ie., the government should stop dipping its hand into the cookie jar.

This was established in the famous confrontation between President Truman and the Federal Reserve of the USA. At that time it was made clear that the central bank could be. ‘independent within the government but not from the government.

Clearly, the extent of independence to be given to the RBI is to be linked with the question of accountability.

In the above post ba LLB 1st-semester, economics notes pdf in English