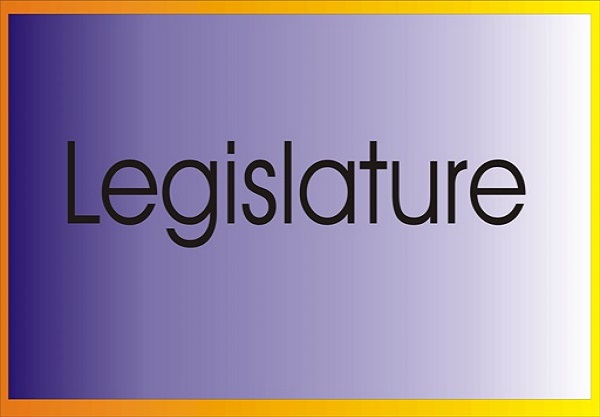 0. 1. Examine the relationship between the Legislature and the Judiciary. How far it is true that ‘judicial review’ is inconsistent with the spirit of true democracy ?

Discuss the statement that Judicial Review is inconsistent with “the sovereignty of the people underlying the democratic idea.

Ans. The Legislative and Judicial organs of a modern governments are intimately connected and exercise considerable control over each other. The legislature not only determines the structure of the judiciary but also decides, thc salaries, allowances and other conditions of service of judges. In certain countries like Switzerland and U.S.S.R. the judges are elected by the legislature. Even in those countries where the judges are appointed by the Executive, the power to remove them is usually vested in the legislature. For example both in India and U.S.A. the judges can be removed only if the two Houses of the Federal Legislature pass a resolution for the purpose. In certain countries the legislature is also given judicial power viz. the House of Lords is the highest court of appeal in that country.

The judiciary on its part, while interpreting the laws also creates new laws which are commonly known as customary or ‘case’ laws. In countries with written constitutions, the judiciary also has the power to declare the laws passed by the legislature as unconstitutional, if they infringe any provision of the constitution, The judiciary plays an important role in the enactment of new laws by giving new interpretation to the existing laws and constitution. Sometimes the courts give legislative force to measures which are substantially different from the one approved by the legislature.

While the intimate relationship between the two organs cannot be denied, lately some people have expressed the doubts that the power of the courts to review the laws, passed by the popularly elected representative body, is the very negation of true democracy. They hold

that in a true democracy the final word regarding a particular law must not rest with a handful of judges, who représent no body. The authority in this regard must vest in the legislature, composed of the popularly elected representatives. The British Parliament is such sovereign body. The sovereignty of the British Parliament implies the the courts in that country cannot declare an Act passed by the Parliamen as ultra vires. The courts have to faithfully apply the laws without goina into their merits. In other words in England the final word rests with the popularly elected representatives of the people and the judiciary cannot thwart their will. That is why the critics hold that “judiciary review’ is inconsistent with the doctrine of true democracy where the sovereignty ultimately rests with the people.

On the other hand in those countries where the judiciary enjoys the power of judicial review, the courts can nullify the laws pussed by the popularly elected legislatures and the executive if they come into clash with any provisions of the constitution. In other words the final word regarding the constitutionality of a law rests with the judges. Any law declared ultra vires by the courts becomes null and void and cannot be enforced. This, according to the critics, implies the very negation of the doctrine of people’s sovereignty on which all democratic governments rest. It is pleaded a decision made by five to four judges setting aside a law. passed by the popularly elected legislature must not prevail against the will of people, as represented through their representatives. Much of the opposition to the judiciary’s power of judicial review emanates from the fact that courts in certain democratic countries have posed great hurdles in the way of the passage of progressive social and economic laws. The opposition of the Supreme Court of U.S.A. in the thirties of the present century when it knocked down a number of progressive laws on the plea that it contravened due process’clause of the constitution, can be cited as an example. India also the Supreme Court nullified a number of laws dealing with abolition of Zamindari as unconstitutional. No doubt the In Indian Parliament overcame the difficulty through the fifth amendment of the constitution by which a number of laws, declared. Itra vires, by the Supreme Court were declared valid. Recently also the Supreme Court knocked down the Presidential Orders derecognising the privileges of the Princes, much against the wishes of the general public. The opposition of the courts to the progressive social and economic laws has been interpreted by the critics as an undemocratic development.

While the above plea of the critics cannot be lightly dismissed as false, we should not be led to the final constitution that judicial review s an enemy to popular sovereignty and democracy. If we go into details regarding the working of judicial review in various countries, und that the courts have used this power to strengthen the dem structure by preventing different organs of the government encroaching on each other’s sphère. In U.S.A. the Supreme Court has used its power of judicial review not only to strengthen and uphold federal structure but has also effected important changes in the constitution by giving liberal interpretation to the various provision constitution. Thus the Supreme Court has enabled the rigid constitution change according, to the exigencies of time. It was only due to liberal interpretation of the national powers of commerce clause, implica powers clause and welfare clause by the Supreme Court that a strong central government has been evolved, in keeping with the requirements of time. It must be further noted that the doctrine of judicial review comes into operation only when a private agency or a state files a suit questioning the validity of a particular law. The courts do not automatically exercise this power. Further, in U.S.A. the Supreme Court and other Federal Courts have refined from applying judicial review to ‘political questions’. The courts have conceded final authority in this sphere to the legislature and the executive. If we keep all these factors in view, we will have to agree that judicial review is not an anti-thesis of democracy. It is, in fact, the first guarantee for a constitutional

In India also the courts have used the power of judicial review to protect the rights and liberties of the people rather than for thwarting the same. For example in the famous case of Golaknath and another v. The state of Punjab, the Supreme Court knocked down a number of laws which curtailed citizens’ right to property. It was held by the courts that Article 13 (2) of the constitution prohibits the states from making any law taking away or abridging fundamental rights. The court held that the term law included a Constitution Amendment Act enacted by the Parliament according to the procedure laid down by Art. 368 of the constitution. Hence a constitutional amendment which takes away or abridges’ fundamental rights would be void. By this judgment the Supreme Court upheld the transcendental, nature of fundamental rights, guaranteed by the constitution and kept them beyond the reach of

Parliamentary legislation. However, the court upheld the validity of the

The above discussion leads to the conclusion that it is wrong to assume that ‘judicial review’ is inconsistent with the sovereignty of people underlying the democratic idea. In fact in countries with written constitutions the power of judicial review is one of the sure gurantees that the government will be carried on in accordance with the provisions of the constitution and democratic system preserved. By acting as the guardian of the rights of citizens the courts further strengthen the democratic set-up. No doubt, at times the verdict of the court goes against the laws passed by the popularly elected representative bodies which is not cherished by the people, but such occasions are very rare. For example in U.S.A., where the Supreme Court has been accused to over-using its power of judicial review, the Supreme Court invalidated only eighty of the more than thirty thousand acts passed by the Congress. In most of these cases only a part of the statute concerned was declared void. Only about ten statutes have been declared unconstitutional in toto.

In India also the Courts have ordinarily refrained from going behind the law and construed laws in favour of the legislature on the plea that legislature is composed of the representatives of the people and as such these representatives are the best judge of the suitability of law. In the case of Chiranjit Lal v. The Union of India, Mr. Justice Mukerjee observed : “The court should prima facie lean in favour of constitutionality and should support the legislation if it is possible to do so on any reasonable ground.” Further the Supreme Court of India, has followed the doctrine of severability, by which only such portions of law are declared void which are inconsistent with the provisions of the constitution and the rest of law is not touched. This should clearly demonstrate that the doctrine of judicial review is not essentially inconsistent with the sovereignty of the people underlying a democratic system. No doubt, at times the court have failed to keep pace with the march of time and not properly responded to the new ideas, but the remedy does not lie in doing away with the system of judicial review’. If it is desired that the final authority should vest with the popularly elected Iegislative bodies, and not a handful of judges who represent

no one, the problem can very will be solved by giving the power to the legislatures to over-rule or reserve the decisions of the courts by a two-third majority. Further, to bring about a change in the outlook of the judiciary, all the judges may not be picked up from the bar. Some of the judges may be picked up from amongst persons having knowledge of social sciences and administrative process. I ani sure, these changes will do a long way in eliminating the evils of judicial review.