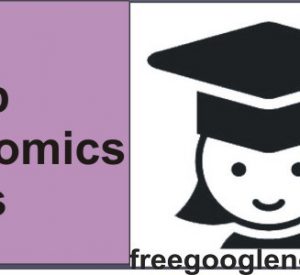 Q. 2. Discuss the evolution and basic features of the strategy adopted by India in its plan. Examine the major weaknesses and strengths of the planning strategy and process in India.

Ans. Any strategy for development consists of three components: resource mobilization, priorities for the allocation of resources mobilised, and a policy framework to ensure an efficient deployment of resources into the priority sector.
Evolution of Strategy in India’s Plans: It has often been believed that. “The First Five Year Plan in India was not based on any very well-thought strategy of long-term planning of economic development,” and that it does not seem to reveal any “scientific approach to planning”. It may be true that the plan did not state and specify clearly the strategy of growth it aimed to pursue. Nor did it spell out any long-term perspective planning. But underlying all the programmes that were framed and pursued during the five-year period, there was a clearly defined planning technique. The technique of planning, as hidden in the FYP-1, was to raise the development potential of agriculture in the first phase, so that it could pave the way for raising the development potential of the industrial sęctor in the subsequent phase.

It was during the FYP-1 period itself that the Planning Commission had started doing ‘homework’ relating to the formulation of the FYP-2. A series of studies, under the general guidance of Prof. P C. Mahalanobis, was prepared by a group of both Indian and foreign economists and

statisticians. These contributed to the writing of the Mahalanobis Plan Frame which became the foundation of the FYP-2 and, for that matter, all long-term planning in future. With minor variations in detail here and there, all the subsequent Plans in India have been formulated within the framework of the strategy that evolved during the FYP-2. The strategy aimed at building a self-sufficient economy and was a decisive move away from the laissez-faire strategy for Indian industrialisation, as also from the Gandhian decentralised, village-level, agriculture-oriented development strategy.

Basic Features of the Strategy

The two basic features of the strategy are as follows :
(I) Emphasis on Industrialisation: Emphasis on industrialisation involved a shift of priorities in the FYP-2 from those in the FYP-1. However, it should not be construed that the strategy had an inherent characteristic of the neglect of agriculture. A new role was perceived for agriculture;, an emphasis was placed on the promotion of the complementary róle of agriculture and industry in economic development, i.., as the FYP-2 stated, a close interdependence between agricultural and industrial development. Along with agricultural development programmes in other sectors of the economy like power, transport and communications, were also intensified and expanded.

(II) Emphasis on Heavy Industries: Within the industrial sector these were not the consumer goods industries or even the light capital goods industries whose growth was emphasiséd, an emphasis was laid on the growth of “heavy’ (or basic’ or producer goods’ or ‘mother capital goods or ‘machine building’) industries, i.e., the emphasis. was placed on the building of machines for producing. machines.

(a) Rate of Saving: It was suggested in the Mahalanobis strategy that a large part of the incremental income generated in the economy should be mopped up with the help of various fiscal measures.

(b) Slow Rate of Growth in the Short Run: A further implication of this type of strategy was that no immediate results could be expected in the form of the high rate of growth of national income or improvement in the standard of living. What the development plans were designed to do, in the immediate future, was to raise the productive potential of society. The productive potential, thus raised, can be employed to generate income. at high rates only in the long run. Adoption of this strategy, therefore, implied a general consent to bear sacrifices in the short run in order to land a better future.

The weakness of the Strategy

The major weaknesses of this development strategy have been identified as follows :

(1) Wrong Premises of the Strategy: The strategy was based on’ the theory that any investment in the area’ of basic and capital goods industry was economically sensible. This, however, is not automatically so if the import of capital goods is viewed as an alternative, in which case every project should be reviewed according to its opportunity costs, . i.e., whether it would be more economical to produce the capital goods concerned domestically-or import them.

(2) Neglect of Demand: The concentration on the development of the heavy industry and the economic sacrifices demanded from the masses of the population under the policy did not permit a dynamic growth of the consumer goods industry. Due to the limited demand for capital goods from the consumer goods industry, the capacity utilisation in the capital goods sector lagged behind. Both, underutilisation of capacities and structural impediments in the way of efficient production, pushed up prices for capital goods to a level that did not compare favourably with that of the international market.

(3) Absence of a Powerful State. At the beginning of the industrial process, the strategy for industrialisation demanded huge efforts and sacrifices from the masses, justifiable in terms of a higher future income, though probably only of benefit to the coming generation. To control or even suppress the unavoidable opposition to facing these privations, this policy would have needed a. powerful State and, at the same time, a political organisation mobilising the masses to work towards this long-term goal. Neither of these was at all found in India. The Indian State remained a Soft State’.

(4) Weaknesses of Employment Strategy: Relating to the generation of empłoyment, two major shortcomings of this approach can be identified. (a) The question of the length of time horizon was not given proper attention.

(b) There was no appreciation of the problem of the choice of technique in the formulation of the plan and its implications on the employment situation.

(5) Neglect of Financial Implications: Another weakness of the approach was the neglect. of financial implications of the plan. The approach was based on the premise that “provided the investments were technically feasible, savings ought to be forthcoming somehow”.

(6) Neglect of Private Capitalists: Another major reason for the eventual irrelevance of the Mahalanobis plan-frame for economic policy-making in India was its failure to incorporate the reactions of the Private capitalists- as savers, allocators of resources, investors, price-fixers, speculators and taxpayers and tax evaders-consistently into US various calculations.

interaction it brought about betwèen the public and the private sector in a dynamic growth process.

(2) Minimal Conflict: There was not ‘many conflicts between private and social profitability. In point of fact, however, the pattern of import substitution that emerged seemed more in line with private profitability and market forces than with the social priorities suggested by the Mahalanobis strategy.

(3) Protected Domestic Market: The domestic producers were effectively insulated from the international competition as a result of a large variety of import restrictions that were imposed since the foreign exchange crisis of the mid-1950s. Consequently, the protected domestic markets under, conditions of growing demand further reinforced the possibilities of profitable investment opportunities for the private sector.

(4) Support of Import Substitution: The two-fold constraints on the import-substitution led industrialisation consisted of (a) the availability of foreign exchange and technology, and (b) the wage-goods. The foreign exchange constraint was taken care of by the availability of substantial foreign aid and foreign collaborations of various sorts. The wage-goods constraint appears to have been relaxed by a higher than the historically experienced growth rate of domestic production, and secondly, through the P. L. 480 food aid.

(1) Incorporation of Demand Pattern in Strategy: It was realized that an increase in the GDP growth and a high rate of capital accumulatíon per sę might not provide a sufficient condition for improving the standard of living and consumption needs of the people nor help in attaining economic self-sufficiency in fulfilling different demands.

(2) Incorporation of Redistribution with Growth in Strategy: By the 1970s it had become clear that the benefits of growth had not percolated to the masses. As a corrective measure, development strategy shifted therefrom towards providing the necessary consumption benefits to the poor directly. A large number of programmes were accordingly initiated for creating additional purchasing power among the poor. Higher priorities were also given to provide more wage-goods to the poor as elements of social consumption.

(3) Incorporation of Productivity with Redistribution in Strategy: It forms the present phase of Indian planning. It was realised from the past experience that a necessary condition for reducing poverty effectively would be to improve efficiency in the use of resources. This would help increase the producer’s surplus which would then appropriately be deployed for poverty alleviation. This resulted in the initiation of a large number of schemes for increasing the productivity of capital via improved technology and generation of assets largely for the poor. To develop this strategy and, at the same time, to protect against centralised decision-marking, mass participation in the planning process Was warranted.