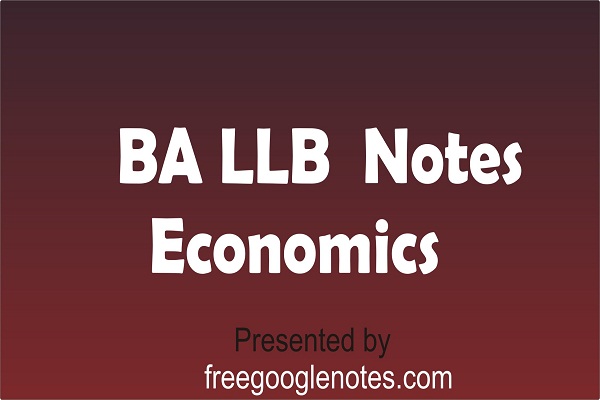 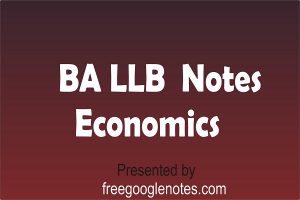 Q.5. What is meant by technological change ?’ Give its significance in the economic development of an underdeveloped country.

Ans. According to Frankel, “Technological change is not a mere improvement in the technical know-how. It means much more than this. I should be preceded by sociological charge also, a willingness and desire on the part o the community to modify their social, political and administrative institutions so as to make them fit with new techniques of production and faster tempo of economic activity.” But the absence of technological change means the end of growth after a point. In the words of Homri Bhabba, What the developed countries underdeveloped lack is modern science and an economy based on modern technology. The problem of developing the underdeveloped countries is, therefore, the problem of establishing modern science in them, and transforming the economies to one based on modern science and technology.”

However, modern technology is changing rapidly and today no country can hope to maintain steady advancement unless it keeps pace with modern technological advancement or change. Today, the main problems. of underdeveloped and developing countries are :

(2) To Increase Productivity : Technical change increases the productivity of an economy. This it does by producing more with the existing amount of available resources along with producing better quality of products of higher value at lower cost. Larger and faster the technical

changes, higher. is the economic growth. The productivity of land, labor, capital, and other factors of production is increased considerably on account of technological change. Traditional technology is replaced by modern technology.

(3) To Increase in Economic Growth Rate: Technology change is also needed to increase the economic growth rate of underdeveloped and developing countries. Technological change leads to inventions and innovations. These inventions and innovations change the process concerning the transformation of inputs into outputs, including the production of new goods, which affects favourably the economic growth of an economy. Now a variety of goods enter the market which increases the demand. It encourages and improved goods.

(5) To Overcome Scarcity of Natural Resources : Technological change is also needed to overcome the scarcity of natural resources. As a matter of fact, technological change has enabled mankind to overcome the constraints of natural resources. Primarily, this has been achieved in the following ‘three ways (i) by an increase in the productivity of natural resources, (ii) natural inputs have to a significant extent, been replaced by man-made industrial inputs like machinery, fertilizers, tools, and implements, insecticides, etc. are being used in place of traditional inputs, (iii) substitutes of a number of natural resources have been developed. For example, glass has been substituted for tin in many uses and is being manufactured from apparently unlimited available sand.

(6) To Reduce Poverty, Inequalities and Unemployment : Technological change are also needed for reducing poverty, inequalities, and unemployment, underdeveloped and developing countries is the vicious circle of poverty, inequalities, and mass unemployment. For example, in India about 95 lakh persons are unemployed. Similarly, about 20% of India’s population is living below the poverty line. Further, there exist gross inequalities, as there 5 a wide gap between the rich and the poor. There exist lakhs of families who have to fight hard so as to earn even both times bread. These problems can be solved by raising the income of the people through technological change.

(10) To Solve Socio-Economic Problems: Technological change is also needed for solving many of the pressing social and economic problems of the backward countries which retard their economic growth. For example, the green revolution has shown how the use of modern technology can boost foodgrains production and put an end to malnutrition and famine in overpopulated underdeveloped countries and even make them self-sufficient in the production of foodgrains.

Problems Criticisms/Demerits of Technological Change
(1) High Costs : Change of technology from developed countries to underdeveloped countries leads to high costs. Further, in most the cases it is tied to specific projects or products only.The buyer is.compelled to pay high prices which becomes uneconomic at a later stage and thereby a burden on the importing country.

(3) Lack of Proper Environment: There is lack of proper environment in the underdeveloped countries. People are not enthusiastic to adopt new technology. as they are in the habit of using old and traditional technology.

(4) Capital-Intensive Technology: The type of technology used in load countries is highly capital-intensive and thereby only the rich countries can make use of it. Since the underdeveloped countries are poor and their economy is labor-intensive, they cannot afford to purchase the same.

(6) Destructive Effects : Quite a number of new technologies have proved anti-life in more than one way. For example, they have done great harm and in some respects irreversible damage to the natural environment of the importing country. This is evident from the pollution of air and water, as also from the deterioration of soils, forests, wildlife, etc. All these have been caused by the use of hitherto unknown agents as chemical fertilizers, insecticides, radiation, and industrial poisonous water, etc. As a result, the natural environment has been poisoned, and its capacity for maintaining life in terms of rainfall, oxygen, soil productivity, etc. has been drastically reduced.

(7) Outdated Technology : According to .critics, most of the developed countries export outdated and discarded technology to the underdeveloped countries. Such technology is somewhat cheap, less capital-intensive. However, it entails high costs in terms of repeated breakdowns and constant repairs. In the absence of availability of spare parts in the exporting country, such technologies become useless and bring huge losses to the importing country. For example, India has a bitter experience in the import of defense equipment from Russia.

(8) Foreign Exchange Crists: Import of new technology leads to the repatriation of large sums in the form of costs, profits, fees, royalties, etc. to exporting country. It causes severe foreign exchange crists and adversely affects the other development programs in the importing country.

(10) Aggregate Unemployment at the Initial Stage: Import of modern technology aggravates unemployment at the initial stage because it is capital-intensive and less labor-using. This is particularly so in the case of underdeveloped countries. These countries are already in the grip of severe unemployment. As such, it aggravates the situation. Illiterate and middle-aged workers, both male, and female suffer more.