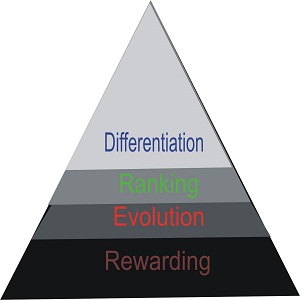 which may help you in your exam preparation or you want to learn about social stratification.

Q. 1. Define ‘social stratification’ and critically examine the view that Marx has “oversimplified the structure of stratification by reducing it to one factor, control of the means of production.”

According to Karl Marx, “The history of all hitherto existing societies is the history of class struggle.” The class struggle arises due to the division of the society into chases having opposite interests. Each class supports a particular class consciousness giving rise to class conflict in classes having opposite interests. In modern times Marx Weber has also presented a significant theory of stratification. Pointing out intimate relationships between classes, status groups, and parties, he said, “Parties may represent interests determined through class situation’ or ‘status situation and they may recruit their following respectively, from ono or the other. But they need to be neither purely ‘class’ nor purely ‘status parties, and frequently they are neither.”

Today the study of stratification has assumed a central place in sociology. The study of the sources, patterns, and consequences of social inequalities has become a dominant pursuit of sociologist and is likely to

continue to enjoy widespread attention so long as inequalities persist, and so long as they are consequential for the life-chances and life matters of the different strata that make up any society. According to Melvin M. Tumin, the

5. It is consequential, i.e., the most important, most desired and often scarcest things in human life constitute the basic materials that are distributed unequally.

If systems of stratification are ancient, universal and basically alike in their main features, there must be some common social process that brings such systems into shaping them and maintain them. Four such processes can be identified: (1) differentiation, (2) ranking (3) evolution, and (4) rewarding. On the basis of these four characteristics of the stratification process, we can distinguish between social classes like Indian caste and economic classes as found in western societies. Of these, while caste is based on close stratification, class in an example of open stratification which means that it is possible for a person to go from lower to higher and vice-versa on the social ladder. Each social stratification exhibits as a hierarchy of social status with corresponding

lower and higher social roles. The class consciousness leads to a lot of impediments in social cohesion. The members of each class tend to safeguard their own interests. It is undeniable that some sort of social stratification is almost universal but it is wrong to assume that social classes are found in their pure form anywhere. With the growing means of transport and communication these days, the barriers of classes are being broken. There is hardly any restriction on vertical or horizontal transfer from one class to another. Therefore, class distinctions are not rigid, they are changing. Different classes are breaking and giving place to new classes. Thus the study of social classes should be conducted in the general context of the study of social mobility. The study of stratification, however, faces several problems. It has become more

difficult in the modern industrialized western societies. However social

stratification is the subject of active discussion almost everywhere. To conclude in the words of Tumin, “In short there are many more possible ways to organize societies and to motivate people to conscientious use of their talents. If man-seeks forever effective ways to maximize his social yield, not to mention his personal gratifications, it might very well pay him to examine those alternative possibilities.

you can also visit :

Q. 2. What is the reality of Social Evolution? Explain the concept with special reference to anyone example.

According to Herbert Spencer, “Evolution is the integration of matter and concomitant dissipation of motion, during which the matter passes from a relatively indefinite incoherent homogeneity to a relatively definite coherent heterogeneity, and during which the retained motion undergoes a parallel transformation.” According to this definition of evolution, rendered by Herbert Spencer, social evolution would mean progress from an indefinite, incoherent homogeneity to definite, coherent heterogeneity. These facts are fairly evident in this progress. In social evolution indefinite associations, communities, institutions, etc. assume definite forms. The process of adjustment or synthesis is included in social evolution, or to put it differently, the various parts of society are being continuously adjusted. Thus, social evolution is not merely.change. Thirdly, social evolution is accompanied by increasing heterogeneity in society, meaning that never associations, communities, institutions, etc., are ever coming into being.

Herbert Spencer has prescribed four important principles of evolution. These principles are:

1. Social evolution is one cultural or human aspect of the law of change of cosmic evolution.

2. Hence social evolution takes place in the same way at all places and progresses throughout some definite and inevitable stages.

In addition to those four characteristics, three other features of social evolution are clearly evident from its foregoing definition –

(1)As has been stated previously, social evolution takes place through the process of differentiation. In order to understand this, it will find that its associations, institutions, etc., are constantly evolving or developing. In social evolution new and ever never circumstances and problems are constantly appearing. In order to cope with the new associations and institutions are evolving. Take a community in a town.

In the theory of social evolution, Herbert Spencer applies the biological principles of survival of the fittest and struggle for survival to society. Many scientists have found this theory tenable and have offered their explanations of it. Hobhouse has written, “By evolution, I mean any sort of growth, by social progress the growth of social life in respect of those qualities to which human beings can attach or can reasonably attach values. The principle of social evolution maintains

that there is linear progress in society, but all scientists do not accept social evolution as a linear evolution. Some scholars believe it to be unilineal while others consider it to be cyclical. According to Morgan, Haddon, and Engels, the evolution of every society passes through the three following stages – (1)Savagery, (2) Barbarism, and (3) Civilization. In the same way, these scholars have held that there are four stages in the economic development of every society-(1) Hunting, (2) Pastoral, 3) Agricultural, and (4) Industrial stage. According to the evolutionistic principle, there are three recognized stages in the development of technology – (1) Stone Age, (2) Bronze Age, and (3) Iron Age.

same way, the evolutionists have attempted to show that there are stages of development in the various institutions of human society, such as marriage, family, religion, property, law, government, etc.

But some scholars have indulged in bitter criticism of this evolutionist opinion. A. Goldenweiser, writing in The History and

prospects of Social Science have staunchly advocated this viewpoint. According to these scholars, it is fallacious to conceive of evolution in the social sphere. The description of the states of the development of society is no more than a flight of imagination. There is no historical evidence supporting the description of these stages of technological economic and cultural development. And it is entirely wrong to believe that there occurs orderly progress, of the same type in every society because each society has its own peculiar circumstances, and any changes that occur in it concur with its conditions. These conditions are always changing and this change also is not orderly and uniform.

so we read about Social Stratification,